This page contains guidance to implementers and is not part of the normative-track FHIRcast specification.

Considerations for application with simultaneous contexts

Applications can have different capabilities and layouts, but with FHIRcast they should still be able to stay in sync. A potential situation that could cause confusion is when a single and a multi-tab application work together. While the below guidance describes a patient chart as the primary concept for synchronization, the same guidance applies for other concepts.

Let's start with a simple case.

Opening and Closing a Patient 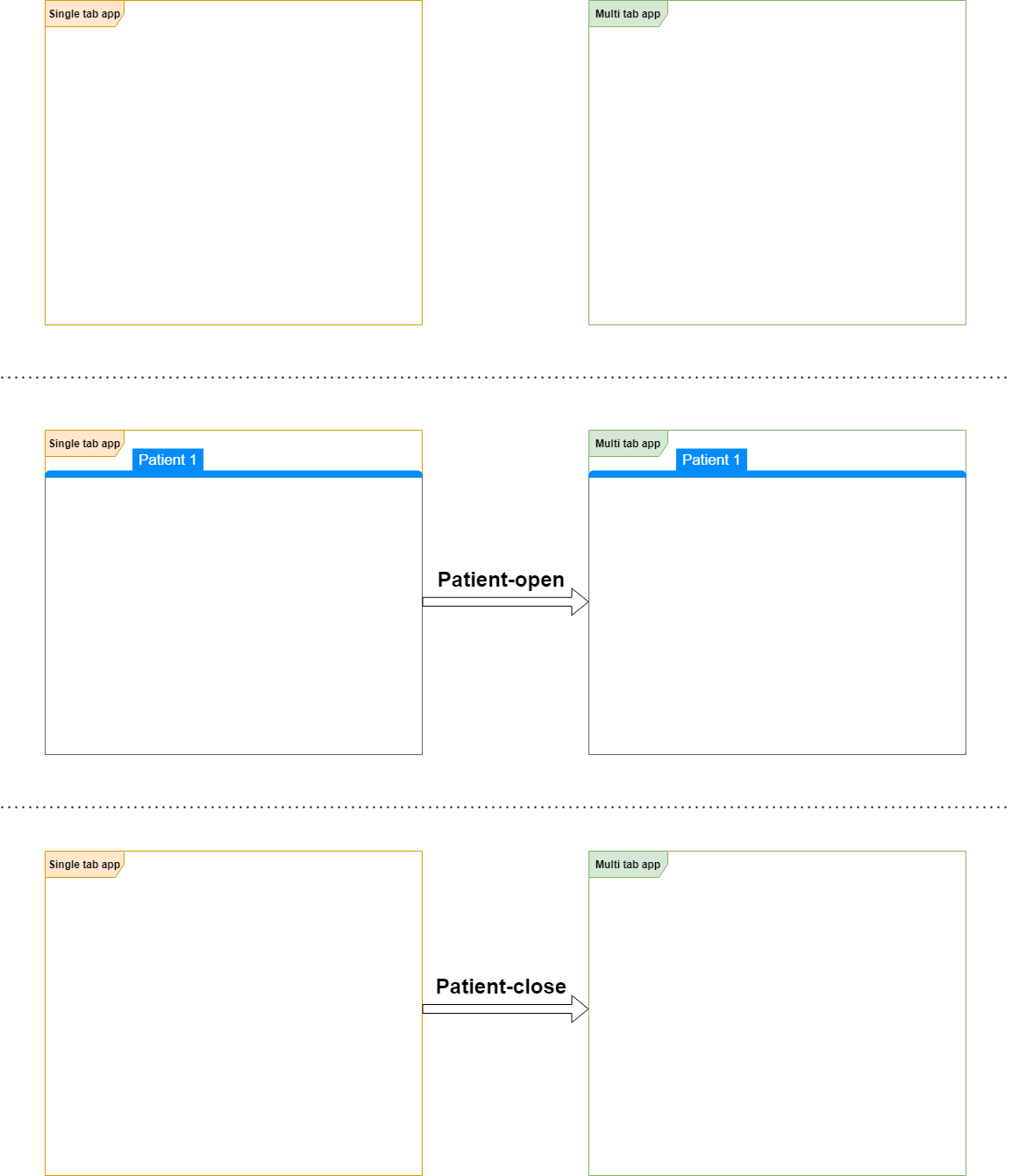 As illustrated below, context synchronization is maintained between multiple and single-tabbed applications even across multiple contexts being opened. The initial patient-open works as expected by synchronizing the two apps for Patient 1. When the multi-tab app opens a second patient (without closing the first) the single-tab app follows the context change, resulting in the applications staying in sync. Even when the user is working within the multi-tab app, the single-tab app can still stay in sync with the current context. 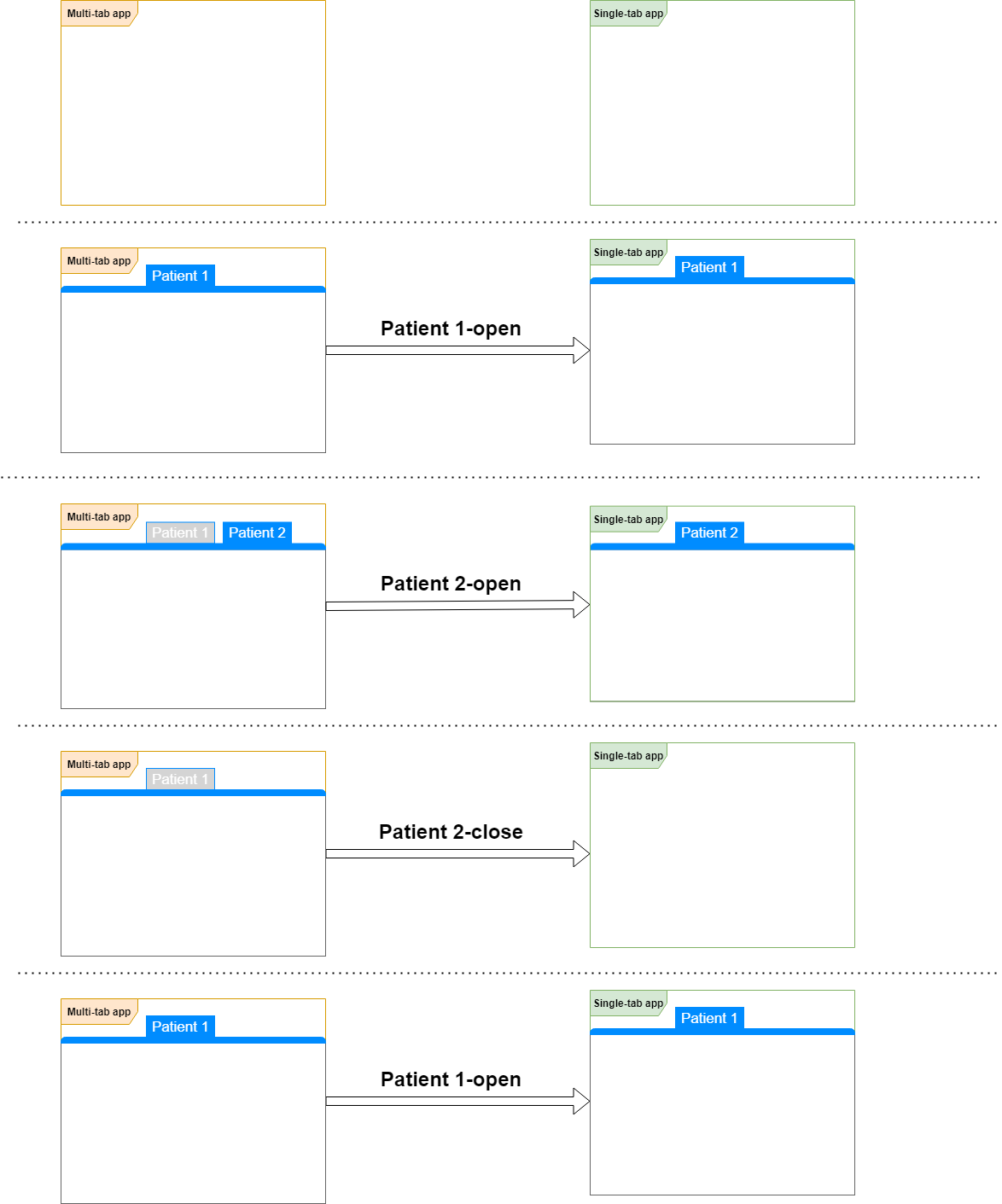 Many applications can have a "home" or "default" tab that contains no clinical context, but may hold useful application features. In some cases other applications may want to subscribe to and be notified when another app has switched to the no context tab. To avoid confusion with other events, a new event is proposed to represent a user switching to this context-less tab.

Implementer feedback is solicited around the semantics of communicating a context change to a "context-less tab". For example, why not a patient-open (or imagingstudy-open or ...) with a patient (or study or ...).

Since we are inherently representing the lack of context, the event will not fully conform to the defined event naming syntax and will instead use a static name (similar to userlogout).

The user has opened or switched back to the application's home page or tab which does not have any FHIR related context.

Unlike most of FHIRcast events, home-open is representing the lack of a FHIR resource context and therefore does not fully follow the FHIR-resource-[open|close] syntax.

The context is empty.